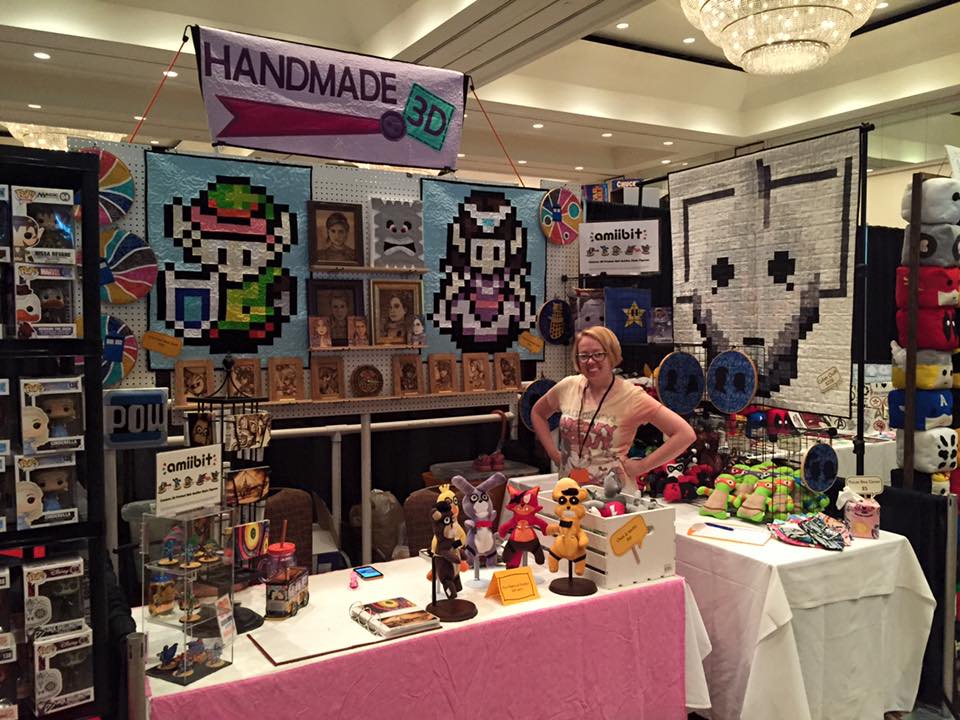 First we will recap the two conventions from the summer. Staying local to Tampa, we vended at Fanboy Expo and Tampa Bay Comic Con.  We knew Fanboy would the risky show. We were there two years ago and had a very poor showing. We skipped a year and decided to come back this year with hopes the show improved. Now this is nothing against the people doing the show.  They were all very nice and compatible. The booth space was a little smaller than normal, an 8′ x 10′.  We believe this blocked sales a little bit from people feeling willing to come into the booth and look at out work. But the biggest thing that we noticed, and this was that all the vendors noticed, the price to get in was a little high for the size of the show. And the autograph prices were very steep. By the time people bought their way in, bought their autographs, there was no money left to spend. All of the vendors were disappointed in sales from the show. People came to the show, the Saturday was more crowded than we expected. But little to any sales. For a three day show, the weekend was a complete waste. We made our booth fee back, but barely anything on top of it.  We will only return next year if we get an artist space. And if their timing is farther away from Tampa Bay Comic Con.  The fact that TBCC was the following weekend made us suspect people would wait for that mega show. 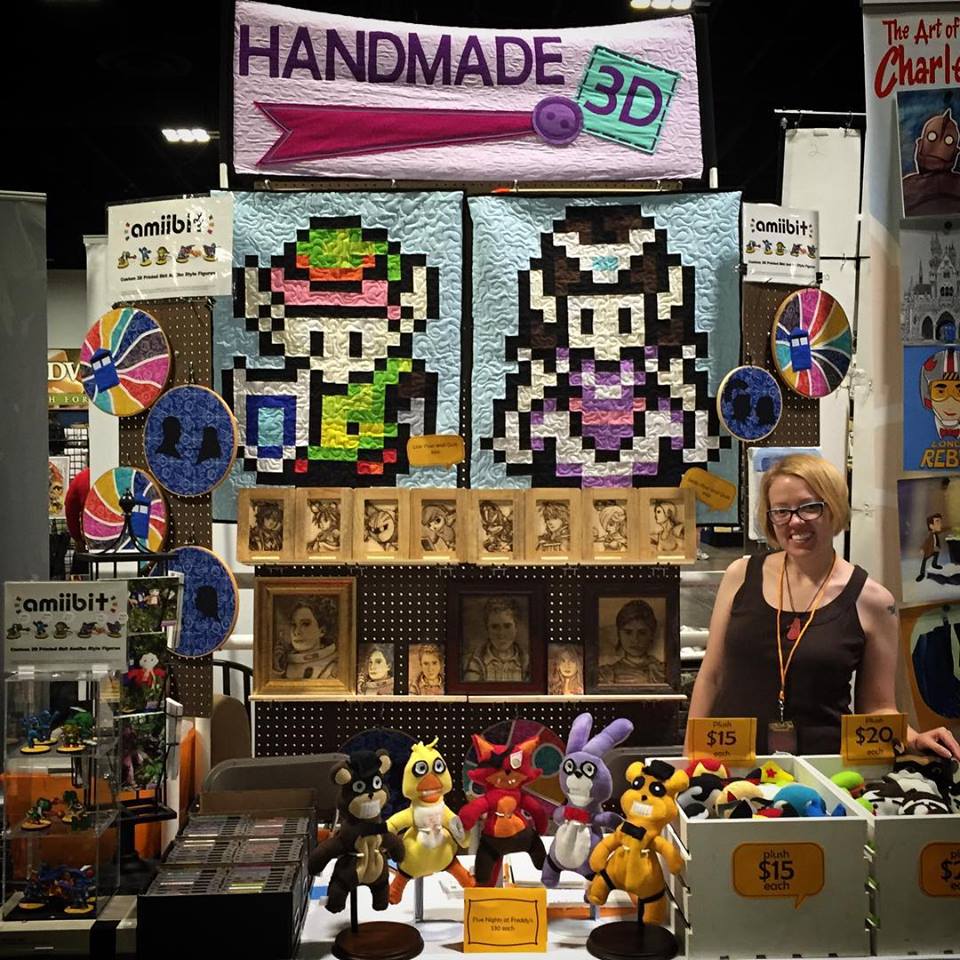 Now for Tampa Bay Comic Con, this was a great success! We actually made near to the exact same amount we made at MegaCon in the spring. The fact that we had an artist space instead of a booth, made this profit even better. And of course n Orlando you have the hotel cost to deal with too. Not here at home! And apparently were doing much better than our neighbors and friends. Of course you never really know what is a ”good” show for others, but we could tell by the attitudes.  On the Friday of the show we sold more than the entire weekend at Fanboy.  The Saturday of the show was our biggest single day sale ever! We were exhausted.  Their was literally an hour where I could not sit down. We sold out of the Five Nights at Freddy plushies. I brought 25 to MegaCon and sold all of them.  I brought 42 to TBCC and sold out! We are so grateful for everyone that purchased from us.  The Sunday was pretty weak, which honestly I expected since we sold out of the Freddy’s on Saturday. We took a few online orders, but most people at a convention have the ‘want it now’ feeling. Which I totally get!

Overall we were incredibly happy with the weekend.  We liked being in Artist Alley instead of a booth. We were first worried but we think we actually stood out more since nearly everyone around us had prints. Come look at us, awesome plushies!  We did of course get a lot of the ‘screamers’ from kids. And we couldn’t keep track of how many kids came up and named every plush of the five Nights at Freddy’s and then just walked away. Our neghibors also noticed a complete lak of social skills on a higher majority of people. We understand most people coming to comic cons are odd. We are odd. But we know how to talk to people!

We did sell some of our regular super babies and doctors. This was nice since we sold next to none of them at MegaCon.  But at MegaCon we sold lots of Jay’s wood burnings, and here only sold one! His Amiibits were a big hit. We opened up his shop on Sculpteo and hope for people to continue to order them there.  And we sold a lot of our prints which was nice, easy little money to help build up sales.  Cannot afford a Freddy plushie? Buy a $1 print! Hey look, there are four types. Buy the set!  But no matter, we will definitely be back next year. The Saturday was a loooong day, and our little helper had totally lost her steam near the end. She actually fell asleep just after this.

It was a great learning experience to do two shows in a row. But I really do not want to do that again.  I’m still catching up on online orders and finally feel like I can take a breath, which is two weeks after those shows. Our next show is Time Lord Fest on October 25th, which of course will be Doctor Who themed. We had an excellent show with them last year and hope for more greatness this year.  They have an old companion coming! Hoping for a fun show. Until then, you can always find our work online  !