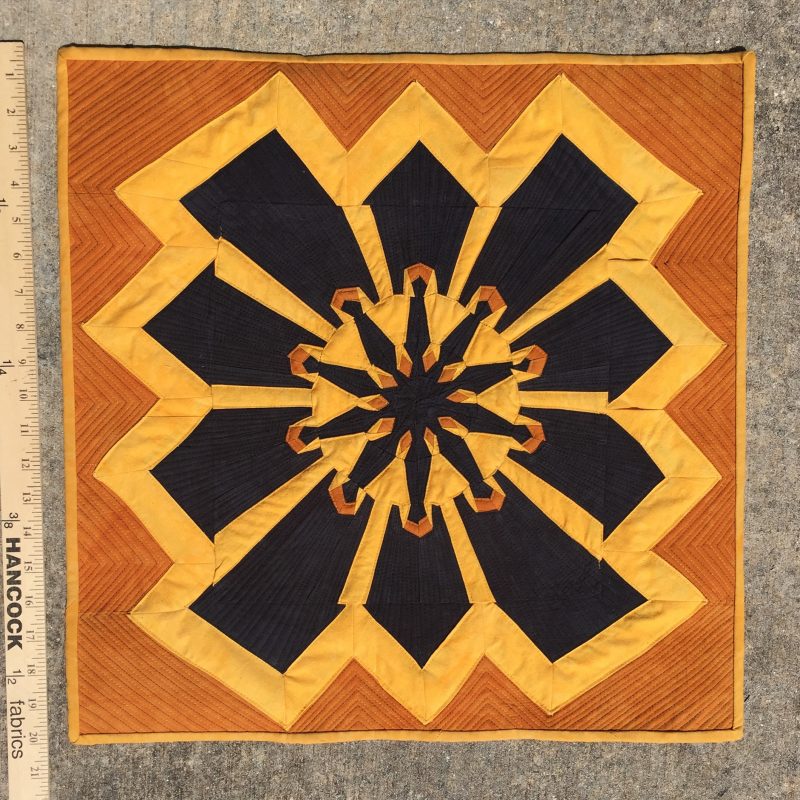 Two years ago I created a quilt for Cherrywood’s Wicked Challenge. It was fun, disappointing, and then again an overall fun experience.  This year Cherrywood announced a new challenge, partnering with Disney for The Lion King challenge.  Now if you ever have a chance to see the Lion King on Broadway, it is a must! I knew I had to enter this challenge, and at the least the colors were so much more pleasing than the Wicked challenge.

I knew I didn’t want to do the lion, I assumed many people would go that route. I figured giraffe’s would probably be the second most popular but I felt I could do something with it.  Even though the challenge is based on the Broadway version, the original animation is still the most memorable in my mind.  I remembered a scene when Simba is singing his “Just can’t Wait to be King” song and is jumping on the giraffes.  I thought how cool it would be to try to create a dresden of giraffes. 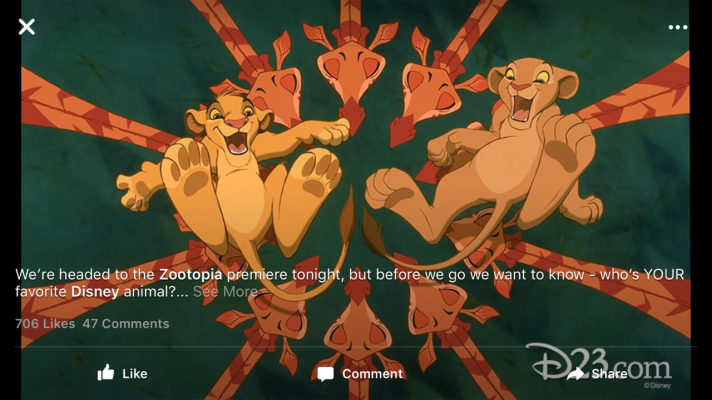 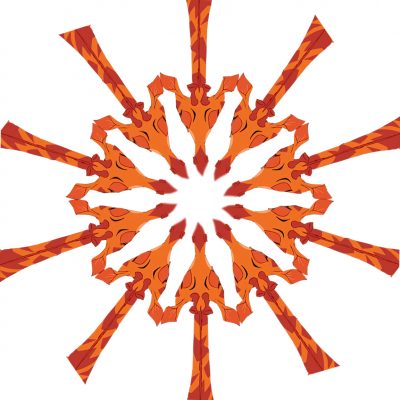 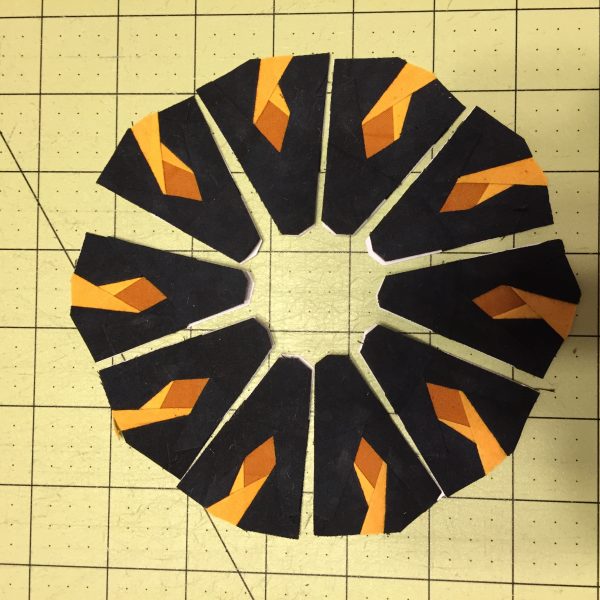 I was able to manipulate the photo from my inspiration and create a dresden motif.  Creating the template in EQ7 was the longest bit, and quite difficult.  By far the most challenging paper piecing project I have ever created. The numbering alone took quite a while.

I was piecing the smallest bits of fabric I had ever done before. It was working, mostly. Some small issues as I went along that needed a few additional lines to be stable. And I swear it wasn’t until I was piecing my chunks together did I realize it was too small! And way too small, 8″ too small! I was so infuriated and upset, not knowing why! In EQ7 I had the design set to 20″, this is the requirement of the challenge.  Yet when I finished it was a 12″ block.

You know with paper piecing you don’t really have a feel for what you are doing in terms of size. I kept on working until the end.  It turns out, there is a third tab when printing your paper piecing block, in options, that for some reason defaulted by block back to 12″.  I knew I didn’t have enough fabric to do it again, nor enough time to start over. so back to the drawing board,s checking the scraps I had, I created an interlocking border.  Well, sort of. It didn’t quite lineup as best as I would like, but at first glance it does appear to have all the necks together. Only on closer examination can you see the discrepancies.

For quilting I knew I wanted to up my game as well since the last challenge.  With the new border I knew I could have fun with the negative space. I quilted the black areas ‘to death’ so the necks of the giraffe would pop up. I really should have used two layers of batting, but oh well. Then a two color echo around the edges to finish it off.  It’s not what I originally intended. But I do like it and am proud of what I was able to overcome with my setback. I know its now a first place quilt, I just want it to be included in the 120 quilt traveling exhibit. Time will tell. 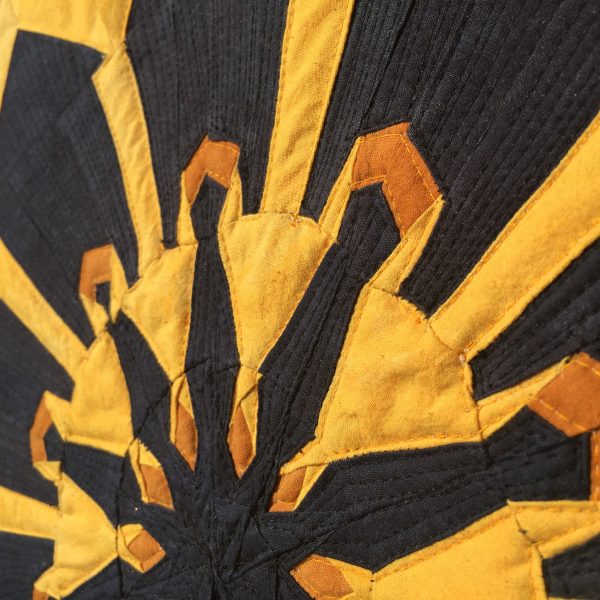 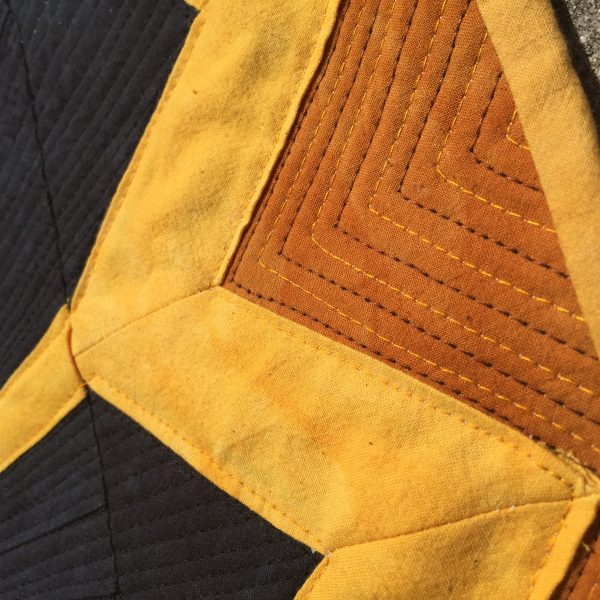