For my second project as a Springs Creative Ambassador, I was thrown for a loop.  We were told to use Bandannas in a form of tail gating / decoration approach. For those that know me, my level of knowledge for sports is the same as Emmet from The Lego Movie.  “Go Sports Team!”  So at first I was a little dumbfounded.  Than I thought, if for some odd universe I was to go to a game, what would I do? I normally get cold at the movie theater and bring a sweater. If I go to an outdoor game, I could imagine getting cold! Yes I live in Florida, I’m one of those weirdos that get cold when it hits 60 degrees. 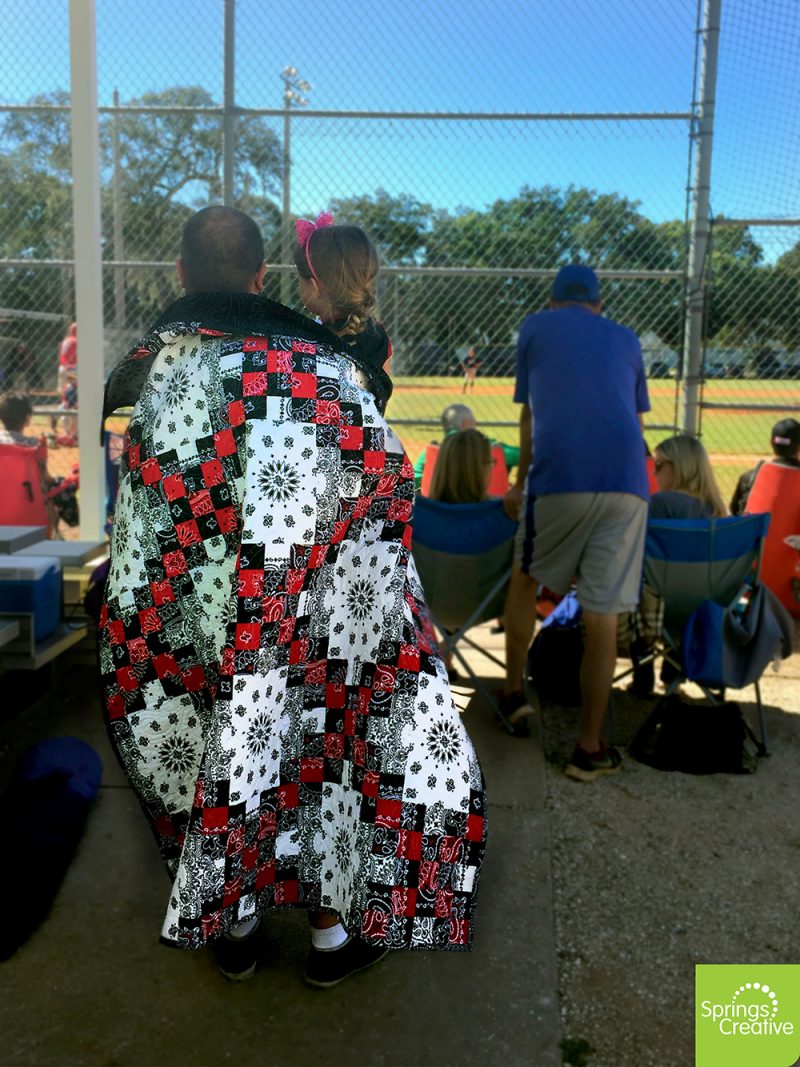 I’m a Quilter = Let’s make a quilt for a game! Now in this case, we were challenged on how to use Bandannas in a non traditional format.  I took this as the idea the fabric is being featured in utility, not in the actual print.  So in terms of piecing I could do something with small pieces.  I didn’t need to show off a specific print like I did in the Mary Fons Small World fabric. I took this as an opportunity to do a quilt pattern I never have and always wanted to: an Irish Chain quilt.  I planned out my quilt in EQ7.  I even loaded in the same images from the Bandanna website into EQ7 to use in my design! Choosing colors of the Bandannas was difficult not knowing sports, so I decided to choose the colors of the local football team. Can’t go wrong with Red, Black, and White! And I knew I wanted to feature the center of the bandanna print in my spacing squares. 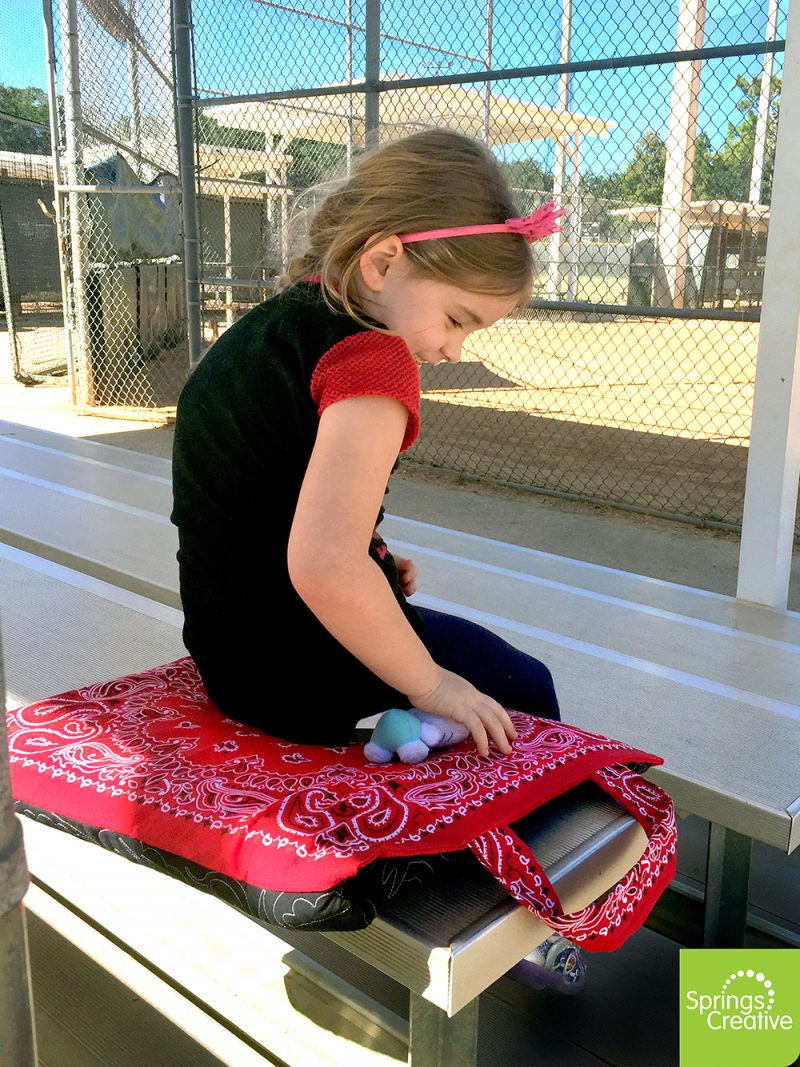 I am very happy with how this quilt turned out!  But as I began thinking of the quilt, I tried to rethink about the project as a whole.  Is a quilt on its own fit for ‘tailgating?’ Not really, how could I make it better to the project?  So thinking of game arena seating or bleachers, they gotta be uncomfortable. I know some people bring their own cushions to games. Let’s turn the quilt into a cushion! I adapted the ‘Quillow’ project from Allison Harris’s “Growing Up Modern“.  It turned out perfect and utilized a full Bandanna as the carrying pocket.  Little Miss Zoe was at first a little shy in going to the bleachers where there was an actual game, so we pretended to watch at the empty field first. Then we slipped over to the actual game in play.

I’m really happy with how I was able to utilize the fabric and still hold true to being a quilter! Bring it on Springs! What’s next?

Want to join the discussion?
Feel free to contribute!